Cast away the shell of the human form and materiality, and what is left is Aura and Qi/Air, ebbing and flowing with consciousness, running on energy alone. This is the original inspiration behind this collection - the very source of life. From the most surface observations to the deepest layers of thought, I seek the most tangible and most intimate way to describe, to characterize and to twist the smallest details in a story; the greatest pain and tribulations in life; the most indescribable feelings; the most ingrained memories; stroke by stroke of abstractness and reality, on screens and canvases. I feel the world and its feelings, and I tell its stories. 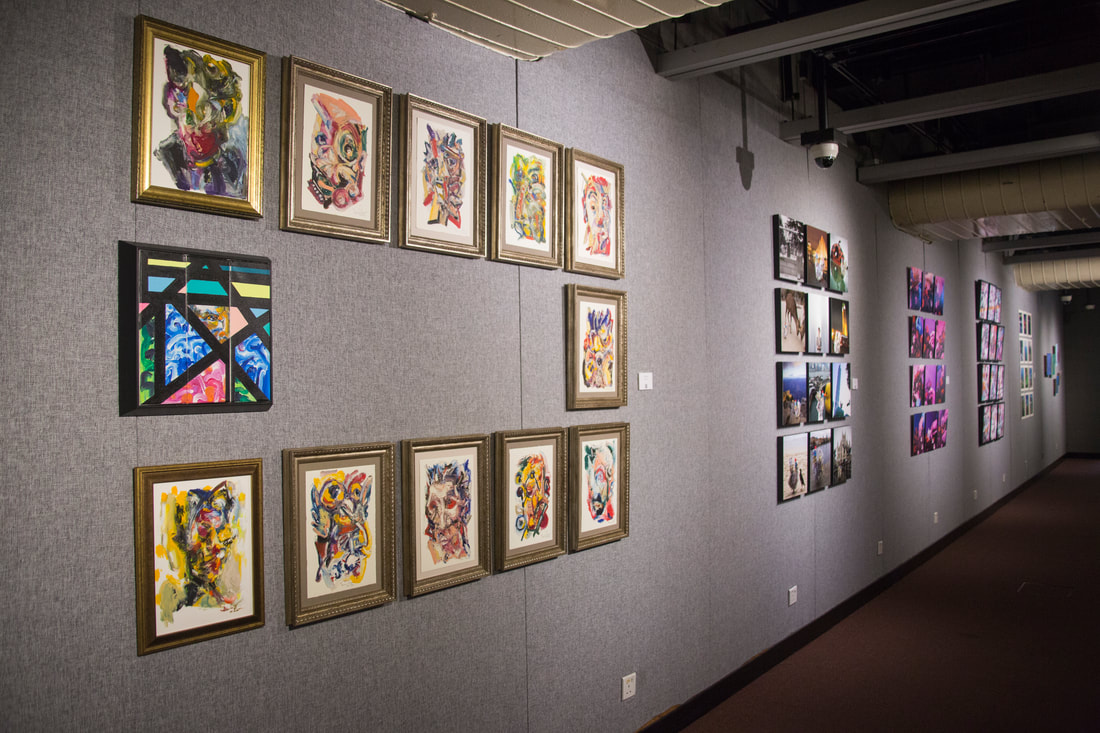 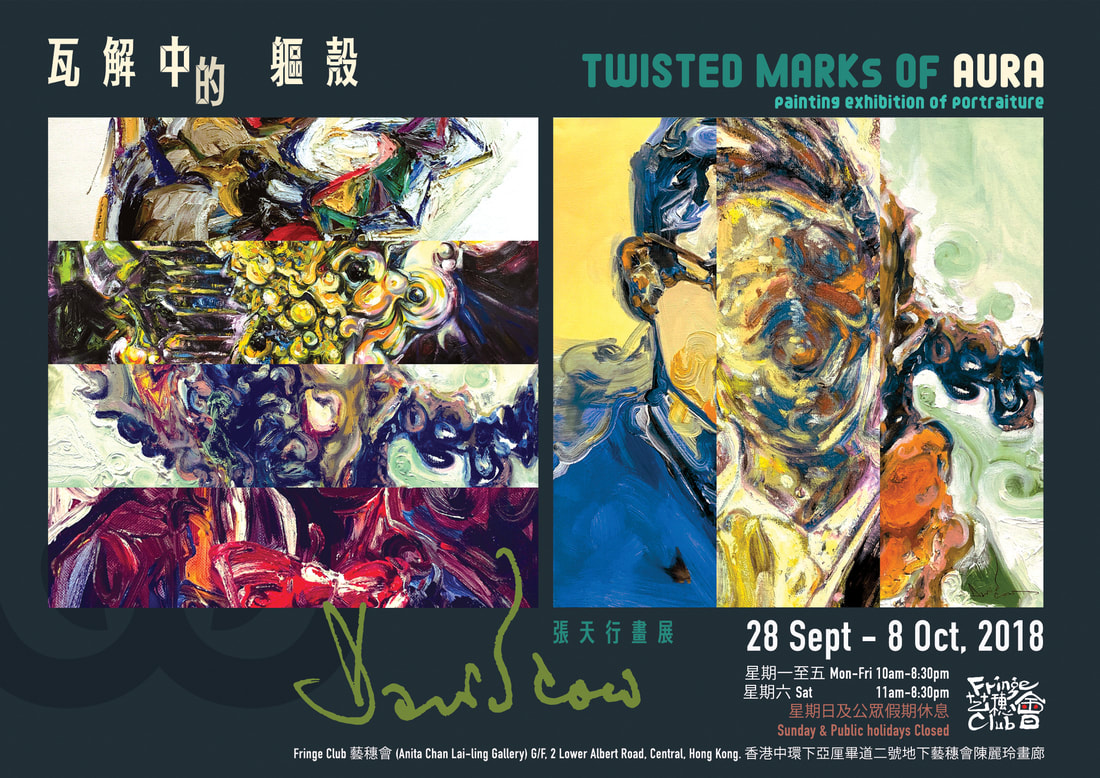 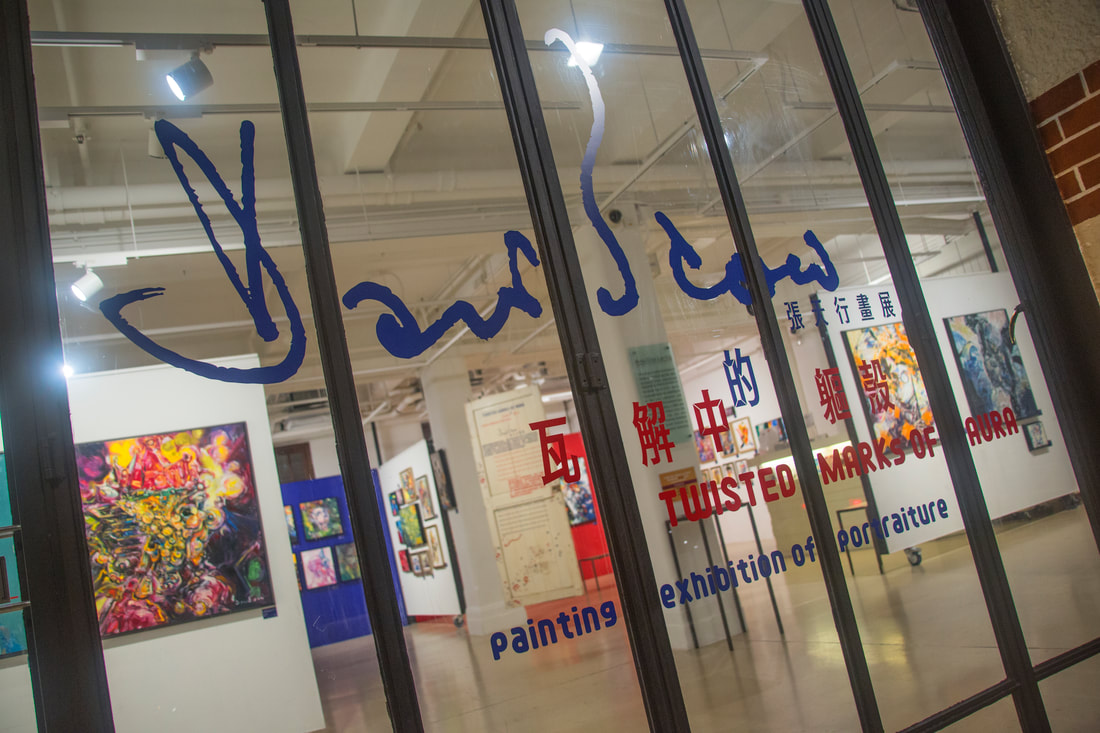 
Drawing and painting form the foundations of fine arts. As a director, David's work is mostly digital in nature, and it drives him to paint in ways digital mediums cannot, and thus giving birth to the core elements of this exhibition.  Although digital imagery and video have completely replaced film and paint and made sharing creative works easier than ever, David has never compromised his love for painting.

David has spent the last thirty years studying and practising calligraphy, design, visual arts and moving images, migrating and exploring between mediums and what they bring into his life of art. His works combine inspirations from the masters of different eras as well as his own muse, as if they join hands in sowing a mixture of seeds upon a canvas and growing them into his own unique style through twists and strokes, at the same time exemplifying the individuality and reincarnation of art's innate nature.

"Purification" is the heart and soul of art, and artists must pose an inquiry into the nature of art itself during the creative process to create his or her own unique artistic style. There are artists who do not pose such an inquiry and pursue conceptual tools that merely scavenge ideas into works. David strives to develop a style by genesis and constant purification as a way to experience art. He believes that craftsmanship is an indispensable part of visual arts, and the way art is created in the physical dimension between the brush and the canvas is the closest process to the creation of the Universe. By applying the principles of Chinese calligraphy to his painting approach, a new dimension of purification is created between the hairs, the space and the intention - he calls it Twisted Mark.

《TWISTED MARKS OF AURA》 comprises portraits born of the Twisted Mark purification style. The visual arts are ultimately grounded in human vision, and on the surface the subjects of the new works are faces that come with a primal urge to look and be looked. But what if we look past the surface of the outside shell and search for that something, that life, that light, that consciousness and that meaning that may exist somewhere within? Will the intention of purification reveal the face behind? Such is the inquiry posed by this body of work. 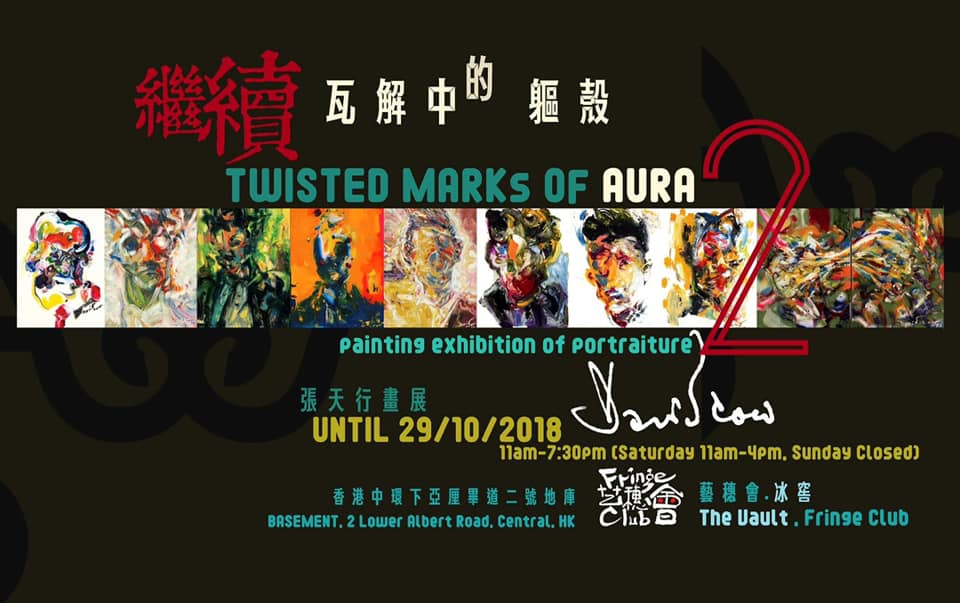 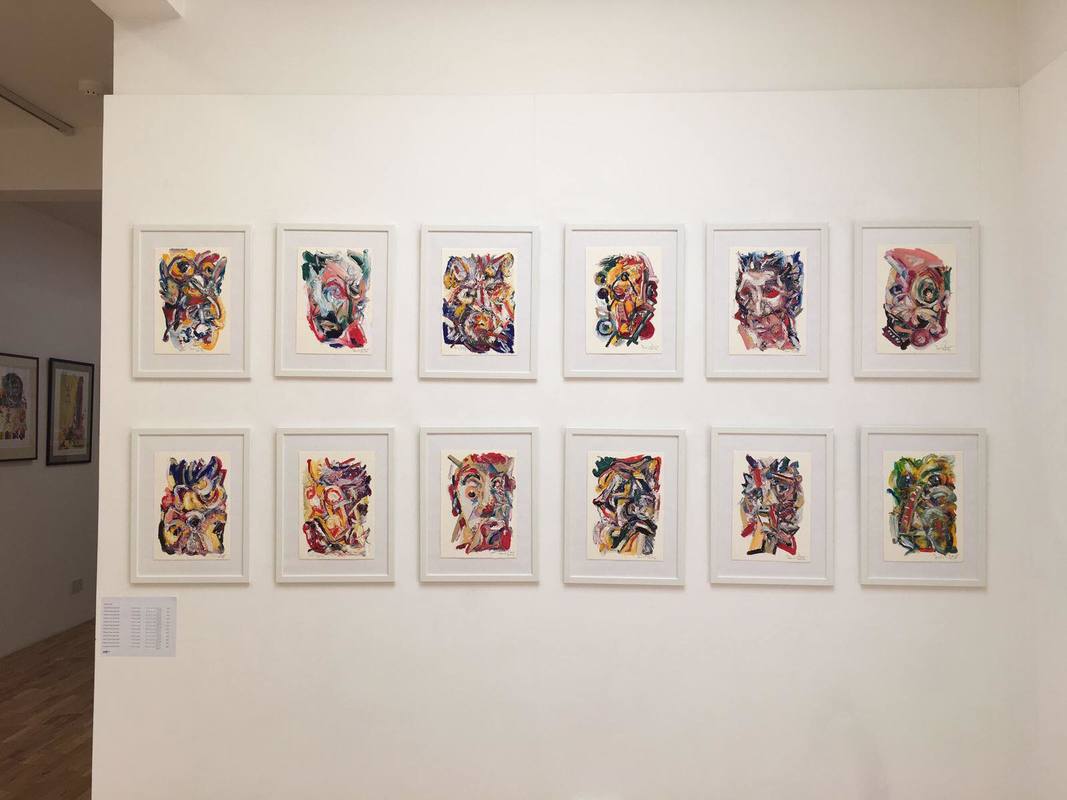 We twist and braid our thoughts, feelings, energies and karma in every moment of our existence, like colours on an infinite canvas that fold, interweave, peak and plunge perpetually into each other. We can read into it as forensically as the laws of modern science or as macrocosmically as the very fabric of universal principles that bring all into being; but most of the time we choose the middle path by seeing faces - the horizon of our predominantly social reality that divides the seen impermanence, which we can choose to love or push away and to impose upon or leave uninterrupted, and the unseen eternal dance, which we desperately want to define but are ultimately forever lost in. As the great Nisargadatta Maharaj says: “Wisdom tells me I am nothing. Love tells me I am everything. And between the two, my life flows.” 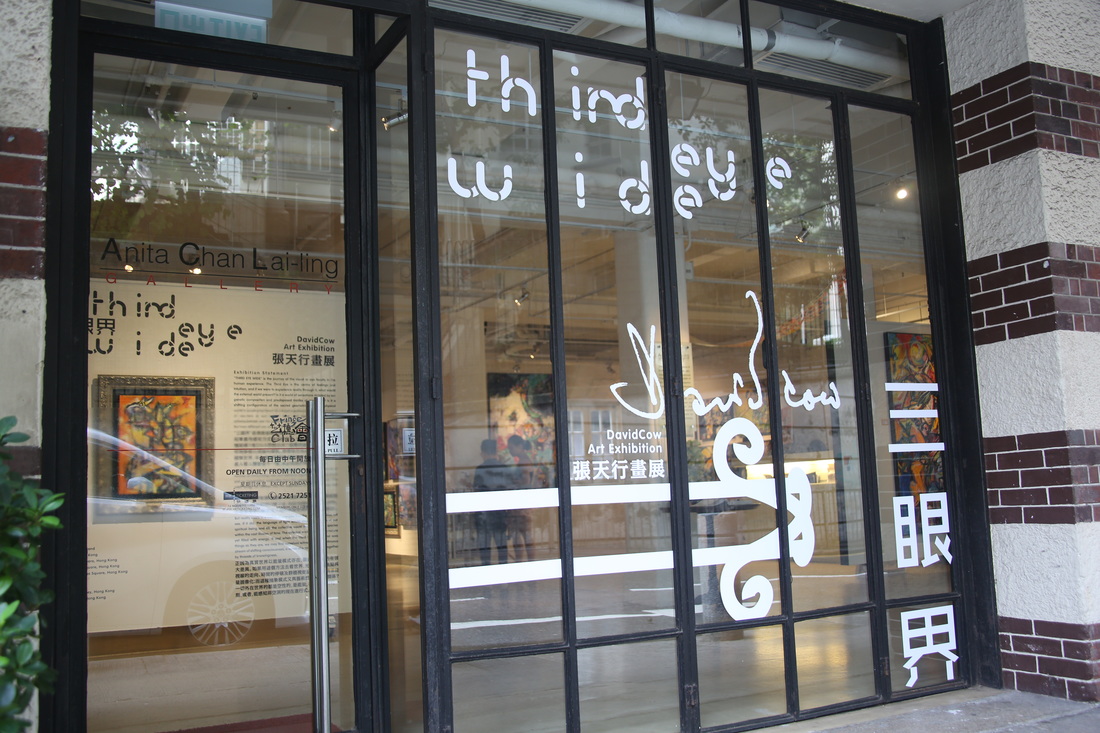 "THIRD EYE WIDE" is the journey of the visual or eye faculty in the human experience.

The Third Eye is the centre of feelings and intuition, and if we were to experience reality through it, what would the external world present? Is it a world of sensations dictated by our genetic composition and predisposed modes of perception? Is it a shifting configuration of the sacred geometries that the physical world is constructed from? Or is it just a performance by the orchestra of neutrons in our brains? Birds and bees and plants and extraterrestrials see our world differently from our own world view. But how different are we as sentient beings?

When the human eye sees itself appear in the realm of visual art, it weaves all surrounding cues and elements together into an experience and an imagination originating from the perspective of the eye. The artist brings his viewers into the experience of the seer seeing and being seen.

But reality exists in a matrix of energies that the human eye does not see. If it did, the language of light would strum the chords of our spiritual being and stir the collective visual memory of our species within the vast illusion of time. The external world is empty by nature yet filled with energy. If and when the Third Eye opens and sees things as they are, we may find ourselves witnessing the continuous stream of shifting consciousness, a series of moments strung together by threads of knowingness.

Art is the synthesis and purification of the human condition, in motion and in stillness, constructed with light, in a vast emptiness ever brimming with infinite possibilities, in David’s artistic paradigm. Fine arts, Chinese calligraphy and filmmaking are disciplines deeply interwoven in his formal training and exploration over the past three decades, a ricocheting mix of mediums that push boundaries and set new destinations, within and without. The minds of great masters and creative enquiries of modern artists converge as guiding hands in his pursuits, a serendipity fuelled by studies and lessons in spirituality across cultures and continents, all collectively conspiring to shed light on the nature of reality and the symbols that mark today's civilisations, courting eyes that are curious and minds that refuse to stop questioning. 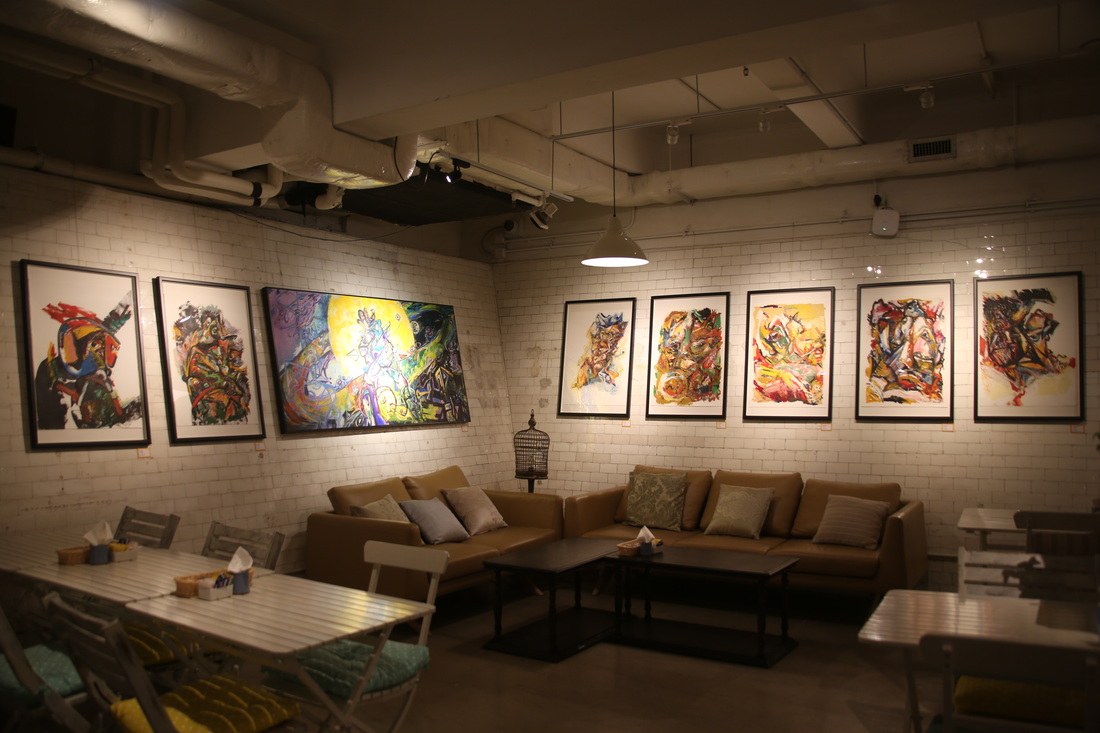 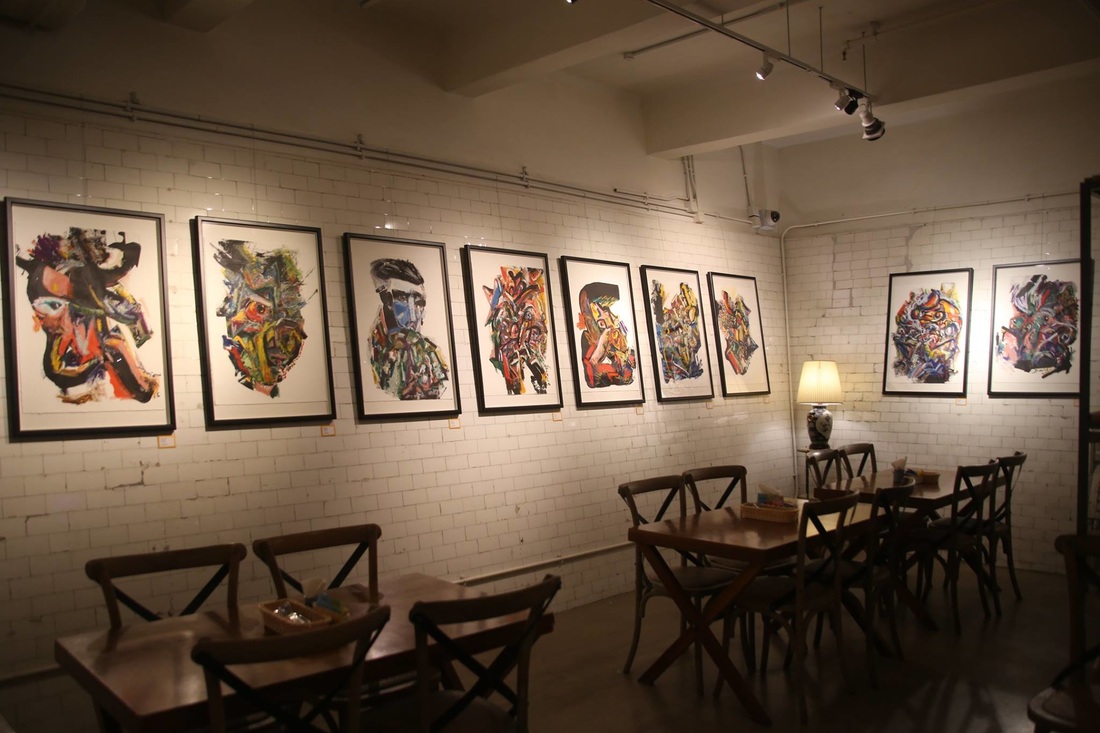 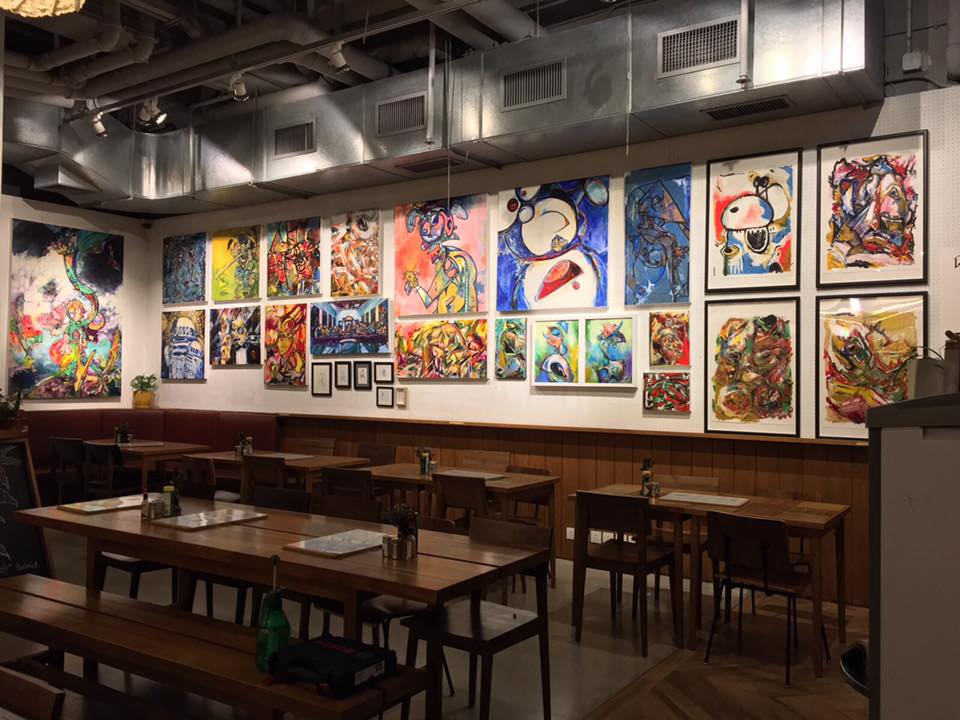